Born and raised in Dothan, AL, Dr. Bayne Heersink has a deep connection with the Wiregrass Area. After graduating from Houston Academy, Dr. Heersink received a B.A. in Philosophy from the University of Alabama at Birmingham. He then attended UAB School of Dentistry, where he enjoyed learning about all aspects of patient care. While in dental school, his interest in treating difficult cases earned him an award from the American Academy of Craniofacial Pain. After a time in private practice in North Alabama, Dr. Heersink felt called to specialize in Prosthodontics, and he returned to Birmingham. He completed a three-year Prosthodontics residency at UAB School of Dentistry in 2014 and had the distinction of serving as chief resident in his third year. Doctor Heersink also serves as an officer in Alabama's Third District Dental Society.

Dr. Heersink is married to Dr. Juanita Heersink, MD and together they enjoy their four young children. Dr. Heersink enjoys sports, the outdoors, and spending time with his family. 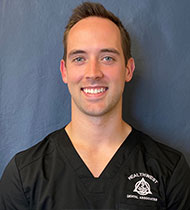 Dr. Mahone was raised in Dothan, AL and graduated from Providence Christian School in 2012. Following high school, he attended Auburn University and graduated with a B.A. degree in Biomedical Sciences. While at Auburn, Dr. Mahone decided to pursue dentistry as a career and became the first doctor in his family after receiving his DMD degree from UAB School of Dentistry in 2020. Dr. Mahone married his high school girlfriend of 8 years before moving to Birmingham for dental school. He and his wife Zane had their first child before moving back to Dothan. Dr. Mahone enjoys sports, outdoors, and time spent with his wife and daughter, Adeline. 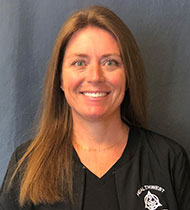 Jessica is a Dothan native. She has been with Healthwest Dental since June 2012. The dental field has been a huge part of her life. Her first job out of high school was at an orthodontist office where she worked a combined number of ten years. Jessica began her career with Healthwest Dental at the checkout desk where she handled insurance, billing, and making sure patients receive the most benefits from their dental insurance. She can now be found in the side front office and hopes to see you passing by with a smile on your way in, or half of a smile (if you are numb) on your way out.

When Jessica isn't at work she enjoys taking road trips and spending as much time as possible with her two children Marlee and Hank. 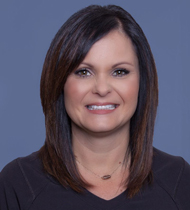 Dana is a Missouri native and has lived in the Dothan area since 1988. Dana originally began her employment at Healthwest Dental in 2012 at the check-in desk. Due to a family job transfer, she moved to Birmingham and has been back with us since August 2017. Dana is ready to help you get your next appointment scheduled when you check out and loves catching up with patients.

Dana loves spending time with her husband and children. In her spare time, Dana enjoys hanging out with friends, kickboxing, and worshiping at her church. 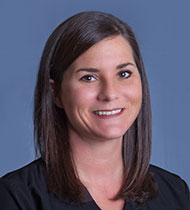 Kelli is a Dothan native, has lived in Mobile, and spent the majority of her childhood in Abbeville. After graduating high school from Abbeville Christian Academy, Kelli attended Wallace Junior College. After Wallace College, she joined the dental field by becoming a dental assistant. She decided to further her career by attending the Alabama Dental Hygiene program at UAB. Kelli became a Registered Dental Hygienist in 2001 and has been with Healthwest Dental since 2005.

Kelli lives in Dothan with her son and daughter. 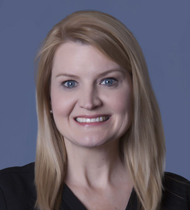 Holli is a Eufaula native and later moved to Abbeville, where she graduated from Abbeville High School. She attended the Alabama Dental Hygiene program at UAB became a Registered Dental Hygienist and has been with Healthwest Dental since 2010. Holli is married to Kevin and they have two children, Hunter and Marleigh that keep her very busy. In her spare time, Holli enjoys going to the beach, reading, and hanging out with her family. 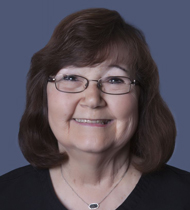 Carmie resides in Dothan. She is a Registered Dental Hygienist and has been practicing hygiene since 1976. Carmie strives to treat patients as she would like to be treated. She loves getting to know her patients and learning all about their families.

Carmie and her husband Edwin have two sons and daughters in law, Jamie{Ellen} and Mitchell{Aliison}. Carmie loves spending time with her grandchildren, Katie, Lauren, and Gage. She has two fur babies, Riley and Buddy. In her spare time Carmie enjoys reading, fishing, going to the mountains, and watching Alabama football, ROLL TIDE!

Regan is a Fort Gaines, GA native and currently resides in Dothan. Regan was a Patient at Healthwest Dental long before she became a part of the Healthwest team in May 2020. She is currently taking classes to help her reach her goal of becoming a dental hygienist. Regan enjoys spending time with her family, being a devoted aunt and loves shopping. 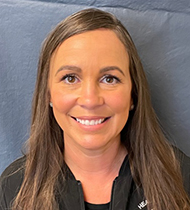 Kristin is a Texas native and joined Healthwest Dental in January 2021. She has been employed in the dental field for thirteen plus years. Kristin has a passion for dentistry and all that it encompasses. She cares deeply about each patient and strives to provide the best care possible. Kristin is married and has two wonderful children. Growing up her hobbies included volleyball, basketball, and running track. Kristin still enjoys walking and jogging and is a positive ball of energy. 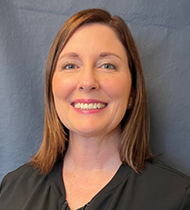 Mandy joined Healthwest Dental in October 2021. She is a Dothan native and has been married over twenty five years to her high school sweetheart Jason. Together they have two children, Avery and Jackson. She loves to spend as much time as possible with her grandson Cohen. Mandy has over twenty years experience in the orthodontic field and is looking forward to helping patients obtain a beautiful smile. 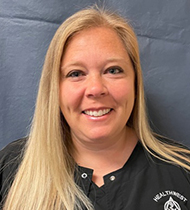 Tabitha is a Dothan native and joined Healthwest Dental in March 2021. She has been employed in the dental field for twenty plus years and has experience all around a dental office. Tabitha and her husband Keith have two children Mallory and Riley. In her spare time she loves watching her son play baseball, taking road trips and spending time with her family.

Hannah is a native of Columbia, Alabama. She graduated high school from Northside Methodist Academy and attended the Dental Assisting program at Wallace College here in Dothan. Hannah joined our team in October 2020. She has a strong passion for the dental field and helping others. Getting to know her patients and providing compassionate care is one of Hannahs many positive attributes. When Hannah isn't at work, she enjoys spending time with her family, going to the lake or beach and spoiling her fur babies. 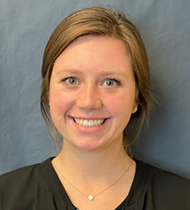 Marlee is a Dothan native and graduated from Rehobeth High School. She joined the Healthwest Dental team in July 2018 verifying insurance benefits for patients. Over time her interest in dentistry has grown as she has worked her way into her current role as a dental assistant. Marlee is passionate about helping others in any way she can. In free time, she loves to be outdoors hunting, and spending time with family and friends. 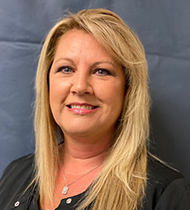 Shannon is an Oklahoma native and has resided in Dothan since 1996. She has been in the dental field for twenty nine plus years and loves it more now than her first year. She strives to treat her patients as she would a member of her family. Shannon joined the Healthwest Dental team in May 2020. She has two children Seth and Molly. Shannon loves spending her weekends at the lake fishing and enjoying time with friends and family.